April 11, 2011
Thanks to a couple of very generous people at a recent training class, I am now the owner of a Sony Dash. The dash is part tablet, part fancy alarm clock; basically Sony hardware running a modified (and locked down) linux based Chumby OS.   For me, it has mostly been a nice way to watch Netflix content in bed, or stream internet radio without firing up the PS3 and home stereo.  Unfortunately, the device is a bit limited if you're interested in any features outside of what are offered in the app library.  There is no browser and no shell access.

Many of the consumer complaints regarding the device are related to the lack of battery (portability), and the poor audio quality at higher volumes.  Adding a battery seems to be a possiblity, given the someone decent amount of extra space inside the enclosure.  In this post, I will go over what is required to dissassemble the Dash, and a mild breakdown of the components used in the device. 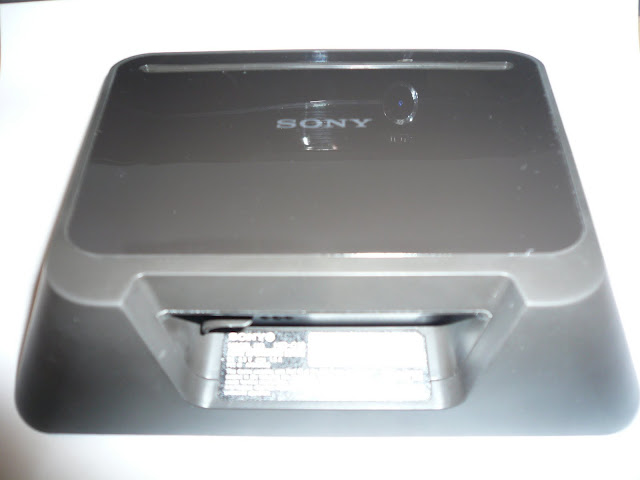 Sony did a good job of hiding the screws. Start by flipping it over onto it's face. All four of the screws required to disassemble the device are underneath the stickers 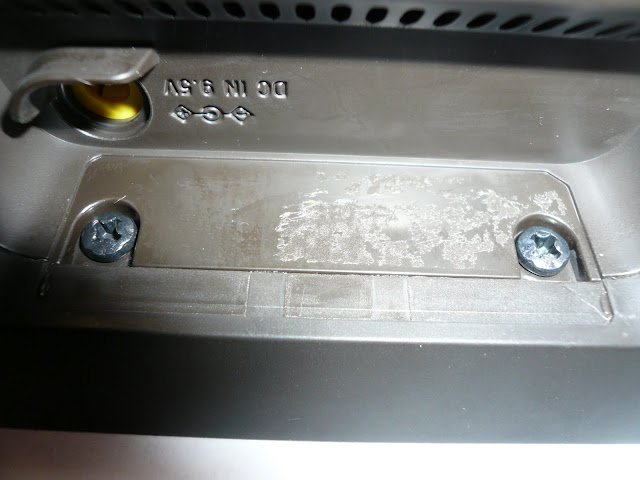 Remove the small sticker to access the first pair of screws.  It's made of a tough plastic, so tearing it up really isn't much of a possiblity. 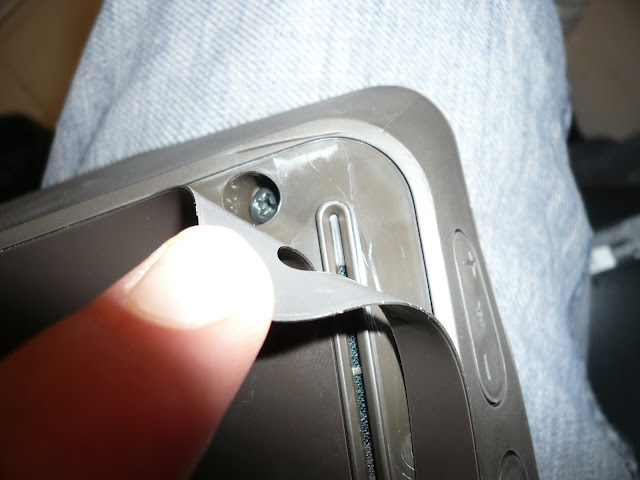 It isn't obvious, but the entire glossy backside of the device is nothing more than a large plastic sticker.  The remaining screws are hidden behind this.  There is one screw in each upper corner.  It's tough stuff, so unless you crease it,  reaffixing later won't be a problem, so long as it stays clean.  You're probably better off peeling back only what you need to fit a screwdriver in.

Using a plastic spudger,  gently pry the display from it's base.  There are some clips on the inside that need to release, but nothing that needs direct attention from the spudger.  There was however, a very small amount of epoxy on the ends of the clips that didn't offer much resistance.

Here is the main (and only) board in the Dash. The two ribbon connectors at the bottom connect to the display and touchscreen.  From here, there are three screws to remove the PCB.  Possibly the most interesting discovery is the serial connection in the center of the board labled TX, RX.  The 3rd connection goes to ground.  On the opposite side, the pads are labeled UART.


And here is where the magic happens, if you want to call it that.  Again, you can see the connection labeled UART in the center of the board. 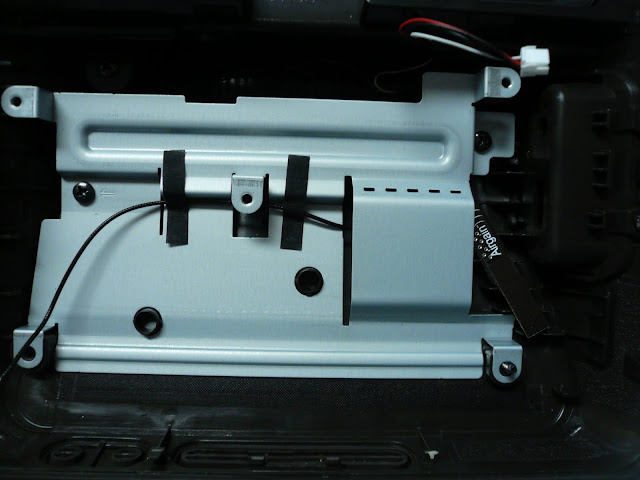 Once the mainboard is removed, this is what you're left with; a pair of speakers and an WiFI antenna.  The wireless antenna, made by Airgain, is visible underneath the metal bracket. 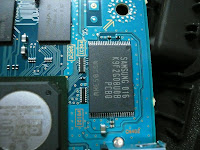 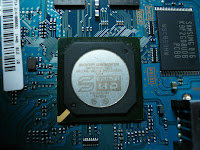 Above are the OMAP 3 family Sigma Design processor (thanks, Anonymous Commenters!), and the Samsung NAND flash memory.  I'm unsure of the particular model of processor, as the print is very unclear.  Hopefully, once I have better access to the device this will become apparent. 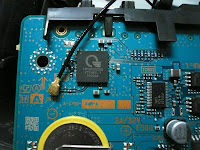 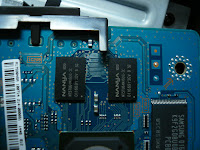 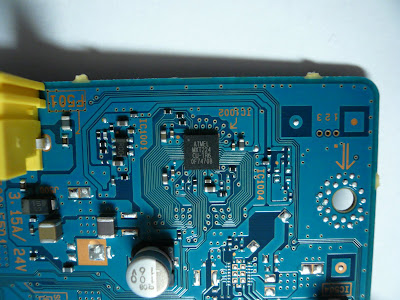 The touchscreen sensor chip is the AMT224 which is used in the Samsung Galaxy tablet, as well as numerous mobile phones. 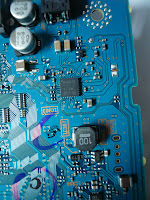 Well, that's all for now.  Hopefully I'll have more to report once I begin poking around.  The serial connection in the middle of the board looks promising.  Considering the price these gadgets currently go for on ebay (under $100), it could be an interesting platform.
Chumby Dash DIY Gadget Sony Sony Dash Teardown 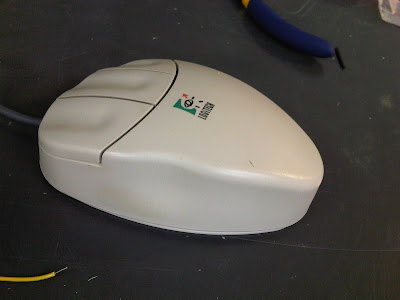 Due to my undying love for this silly old mouse, I decided to give it an upgrade. The old ball system just wasn't working for me any longer, so a transplant was in order. 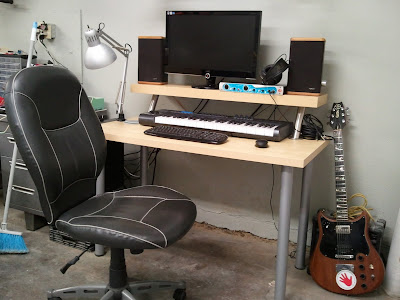 I needed a good way to fit my MIDI keyboard, and computer keyboard on the same desk and still have room for everything else.  Time for a trip to IKEA